A Summary of F2C engines at the 1996 C/L World Champs, continued

Back to First Part.
At the end are the F2C results at the World Champs. 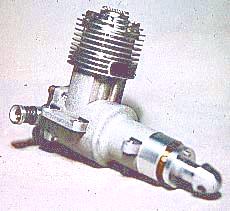 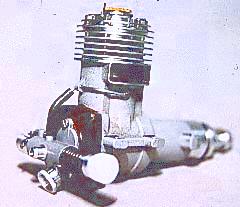 The most popular type of engine in use was the Vorobiev which is being used in two versions. The older version has the well known front exhaust. A new version is out now with a large side exhaust

There were twelve teams of the fifty competing who were using a Vorobiev in one version or another. The most successful of these teams was, of course, the team of Yuri Nazin and Oleg Vorobiev, the designer. They finished second and had the best semi-final heat time but it must be pointed out that six of the eventual fourteen semi-finalists had better qualifying heat times. The semi-final times were disappointing and the finals were a disaster. 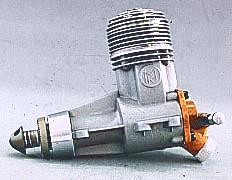 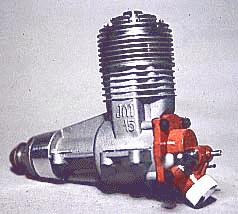 The second most popular engine in use at Norrköping was the Mazniak with ten being used in competition. The best time for this engine is 3:18 by Lambert/Ballard of the U.S.A. I suspect there are two reasons for the popularity of this engine. One reason is that the Mazniak is a very good engine. This engine is designed by Jakov Mazniak, a protegee of Victor Onufrienko of Kiev. The other reason is that with the help of Bengt-Olof Samuelsson of Sweden, the engine has been more available than many of the other east European engines.

Bengt-Olof has acted as a distributor for Mr. Mazniak since 1992. The Mazniak was being used at this championships in two versions. One version, available for the last few years, is the "MK" version. "MK" stands for Mazniak/Korotki. Alexander Korotki worked with Jakov building these engines. After Korotki moved away, Jakov introduced an updated engine designated "JM" for Jakov Mazniak.

He also employs the new concept for a shutoff/tank refueling combination wherein one can start the engine while filling the tank and be assured of a full tank on release. 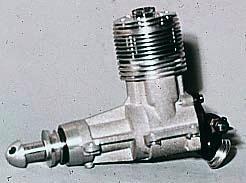 The third most popular engine, was the Ivanov with five being used. The 1st place team, Roberto Pennisi and Andrea Rossi used an Ivanov to record the fastest heat time this year at 3:14.8, narrowly missing setting another record. The Ivanov engine was the most consistent engine with all five Ivanov engines being used by semi-final contestants. The Ivanov was used to win first, third, fifth, eighth and eleventh places. This engine has been under development since the late 80's. Shabashov/Ivanov have also been very consistent winners or challengers since 1988, winning first in 1990 at the W/Ch. 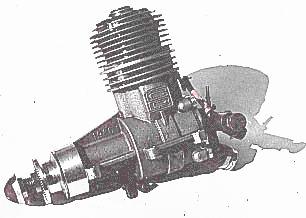 The fourth most popular engine, the Suraev, used by four teams, is still a very good engine. The Suraev was used to set a new heat record at the 1994 Championships in Shanghai by Fischer/Straniak. Fischer/Straniak of Austria also used the same engine to make the semi-finals but could not match the record flight they had in Shanghai. The Suraev engines were based on crankcases from the Profi in factory in Poltava but were special built by Suraev. Profi engines could be built with the same crankcase but were not allowed to include the emblem on the bypass that identified it as a Suraev. It is a shame that Suraev has decided to begin working on motor cycle engines in Italy and has left model airplane engines. That is probably one of the reasons there were not more of the Suraev engines used. 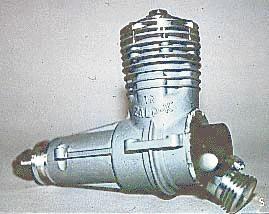 Three ZALP-K engines were used. These engines (built by the Zaporazhny Aeromodel Laboratory, Polyot) do not seem to have the reputation for performance of the ZALP engine used for F2A. The best heat time for a ZALP at this champs was 3:33.2. 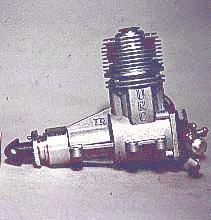 Five engines were used from the PROFI factory in Poltava. There was one PROFI and three CHAIKA'S. There was also a Chaika Jr, which was used by the Vendel/van Gemert team. At these champs the engines didn't make a particularly good showing. The Chaika Jr. has "URC" on the bypass which is for Uri Chaika. All the engines from the PROFI group are being distributed for PROFI by Thomas Mejzlik of the Czech Republic.

A number of engines have been built using components of other engines and also some complete "own design" engines. The most successful of the "own design" variety is the engine used by the team of Vladimir Titov and Victor Yugov. They were the World Champions in 1992. They were second place at Shanghai in 1994. This year they had the second best heat time of 3:17.9 but ended up just out of the finals in fourth place. The photo was taken in Shanghai in 1994. 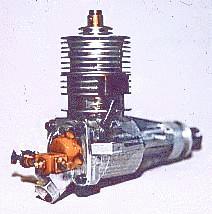 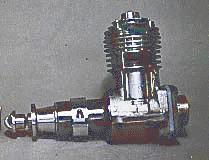 The team of Marcello Magli and Elvis Pirazzini of Italy who were third place, also have a home built engine. Pirazzini has built an engine using the bottom portion of a Cipolla crankcase. The engine has the steel shaft housing and the home built cylinder is grafted onto the case. It is not known if this engine was actually used at the Champs as my records indicate this team used an Ivanov. 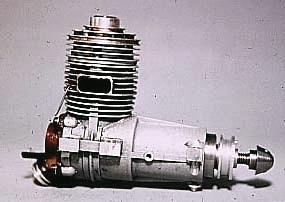 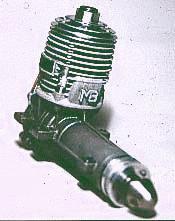 One well known team which has used engines of their own design for a number of years is the Metkemeijer brothers, Rob and Bert. At this champs they used an "MB" (Metkemeijer / Brendel). Rob does most of the design work and Brendel does chroming and fitting on the cylinders. The Metkemeijers used their 1994 engine with three shaft bearings and large diameter shaft housing this year. However they unveiled a new engine for this year which had not been tested thoroughly enough to use at Norrköping.

The new engine features a cast steel crankcase, also with three shaft bearings. The engine was not flown at Norrköping but it will be interesting to watch for it in the future. It also is known as an "MB" however I have been informed that "MB" now means "Metkemeijer Brothers". 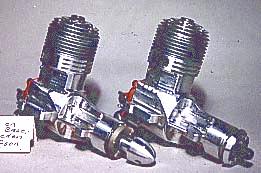 Finally another home-built engine by Jan Gustafsson of Sweden features bar-stock crankcases but uses some internal parts from a Mazniak. Two of them were presented for photos. The similarity to the Mazniak is evident in the photo. This is my first effort at article writing about engines seen at the world championships. Because of the short notice, I did not have a plan to get the maximum from my time but with my most able assistant, Sally, my wife, I think I have recorded a sufficient amount of information for this article. Obviously many of the competitors had more than one type of engine available for their use. The engines I listed were being used at time the competitors were interviewed but may not have been the favorite engine for the particular contestant. I hope the readers will enjoy the article.

Overview of the Total Engine Use